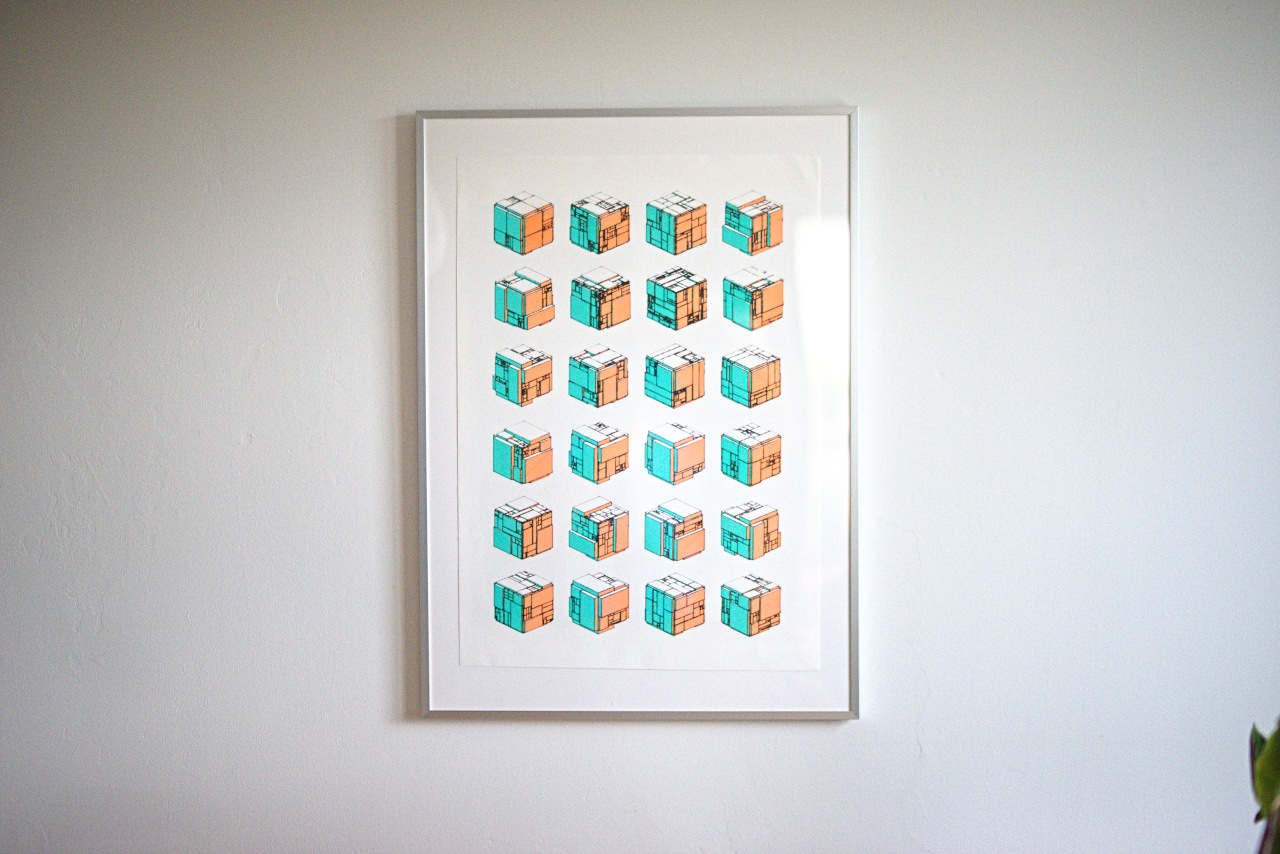 This creation was produced thanks to a random system of fragmentation of plans. The process starts with a single plane and at each iteration of the algorithm, a plane is split in two, this process is repeated and the parts obtained during the first fragmentation are itself re-fragmented. The randomness intervenes in the choice of the plane to fragment, in the axis of the cutting and in the choice of the lengths of the two parts.

This process allows to quickly obtain a composition similar to Piet Mondrian’s paintings. As the title indicates, the process must stop as soon as the initial plan has been divided into twenty-four parts, then this composition is transferred six times onto the faces of a cube.

This experimentation is itself repeated twenty-four times, resulting in twenty-four different compositions and thus twenty-four cubes. These variations are not autonomous, they share the same support: a sheet of A1 paper. It is thus a series where each composition has value only if it is interposed between these similar. All the interest of this work lies in the diversity and in the similarity of the compositions obtained.

The spectator can also experiment this program with his browser by going to the address: nclslbrn.github.io.