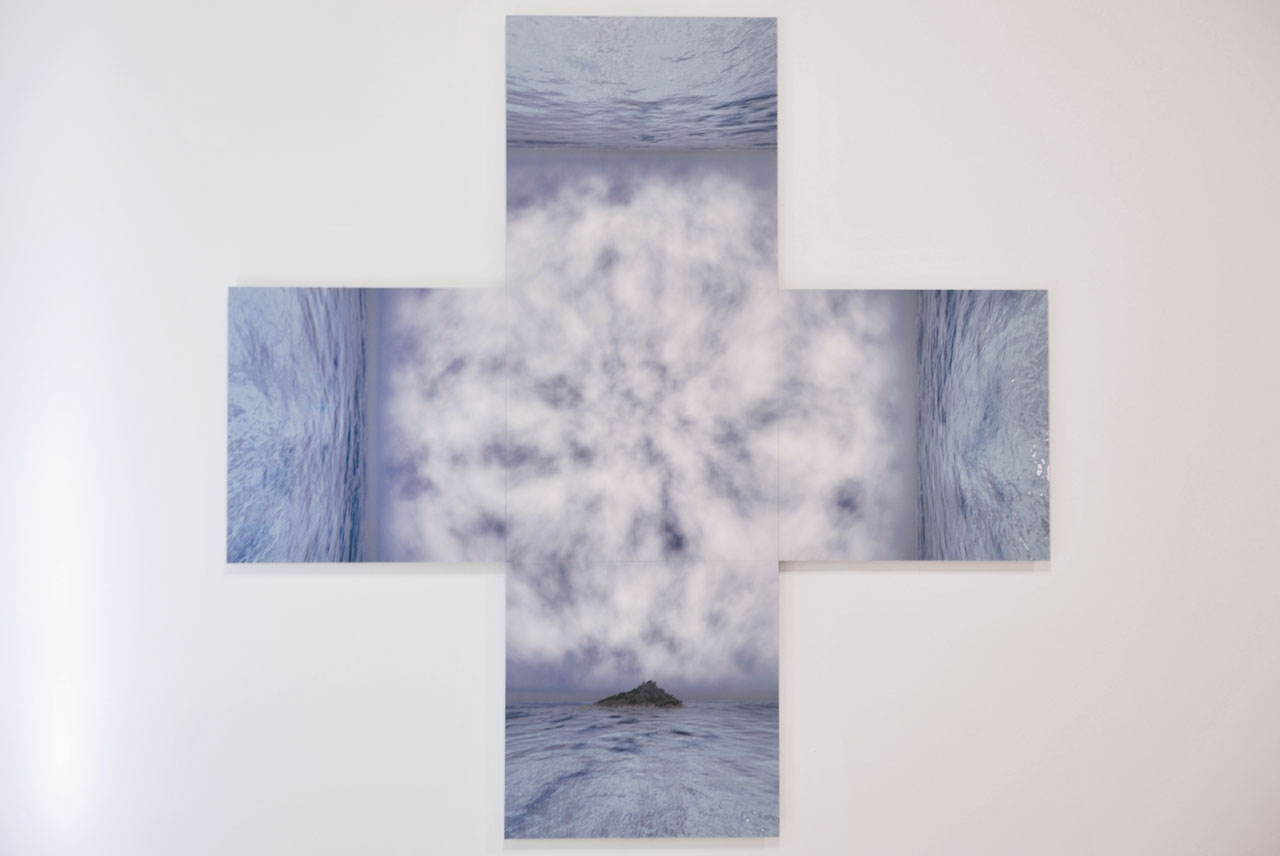 Skybox is used on video games as a background, it is a depth illusions and also an unreachable limit.
This limit produces a better immersion on 3D scene. It compounds the ambient scene of the game action due to parallax phenomenon, atmospheric perspective and glare. Even it can not replace the top view map, it can provide landmarks for player moves.

From other side, we can see it as a player’s moves limits, they can’t reach it, always hiding by arbitrary obstacle. A frustration come to this immersive background, players is trapped together in a box. For graphical artist and developer who made a game, we can see all endeavour to make this skybox realistic, a dream of reality in a virtual surrounding as desire to get out the binary world.
The project Skybox take a step back with this object with replacing this decoy on new perspective, this time real or physical. The simulation effect is neutralized by a transposition of this object in a new scale. The skybox empty become filled, it becomes reachable with a specific size and medium.

The switching of state, from tool to object, freeze the skybox, it get out from a real time moves, from a constant distortion. Before player was on it center as a zero of this triangulation between eyes, perspective and environment, now his moves to browse it can be a rotation on himself.