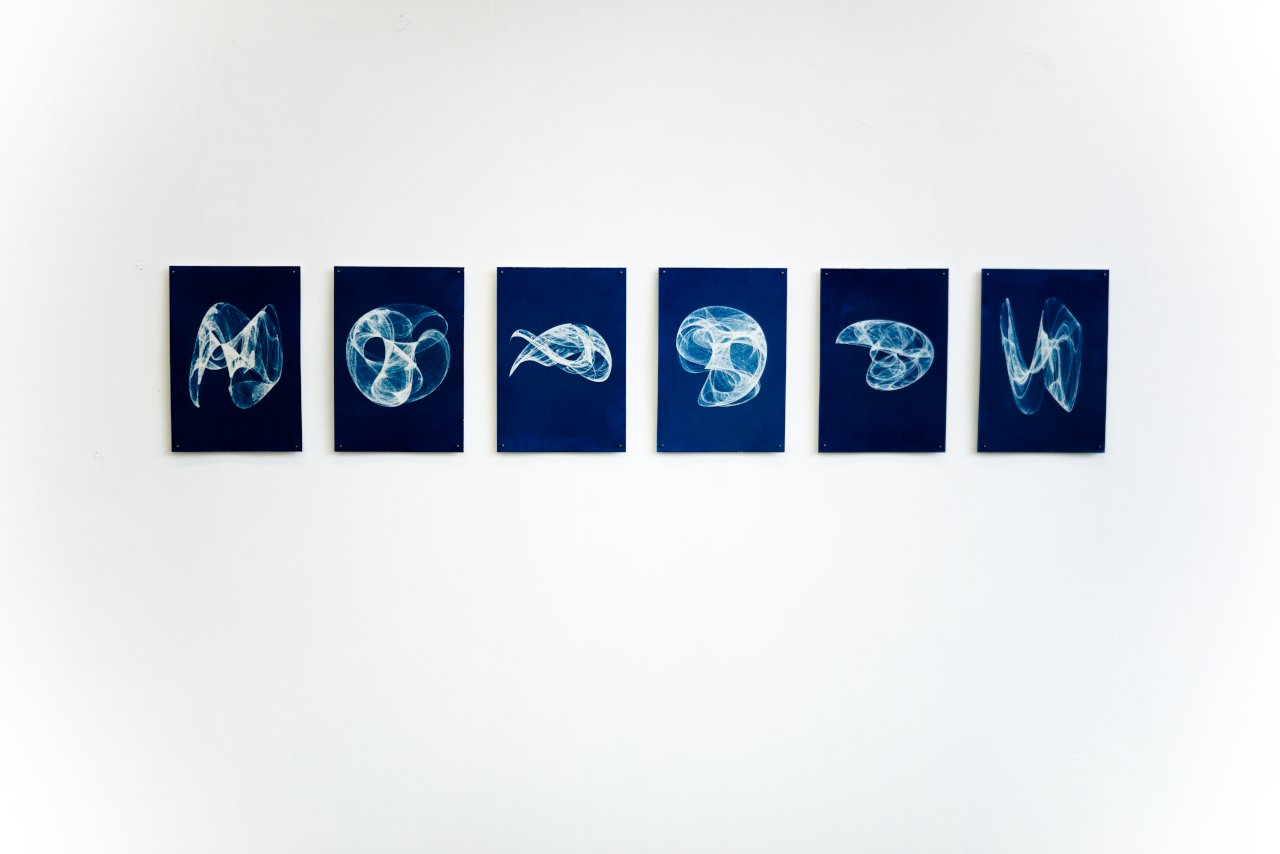 These representations are the result of the use of a mathematical formula discovered by Clifford A. Pickover. The pickover is a practical object inherent in dynamic systems, systems that evolve irreversibly with time (climate, weather, solar system…). Chaos theory is essentially based on this theoretical object that is the attractor. The attractor provides a model for predicting the behaviour of several elements within a system subject to deterministic chaos, i.e. without having a precise knowledge of the initial conditions of the said system, the attractor makes it possible to define the behaviour of a large number of elements.

These are therefore visual representations of the action of an attractor, but this does not determine the behaviour of a large number of particles, but of a single one.
Indeed, to draw a drawing, only one point was placed in the centre of the plan at the start of the programme. The aim is to show how the attractor has determined the position of this point, this particle (from its previous position) a million times.

The differences in the plot shown in the series are due to the variations in the initial conditions from one visualization to the next. These conditions were chosen randomly in previous simulations and their values were recorded according to the plastic or graphic quality of the result obtained and the success of the simulation (it is possible that with certain conditions the point does not move).

The use of the cyanotype as a reproduction procedure aims to integrate into the first experiment a second determinism, this time chemical, which under the action of ultraviolet radiation will give substance to the representation. 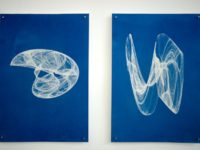 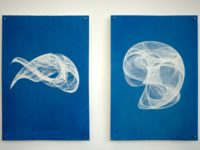 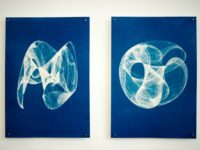