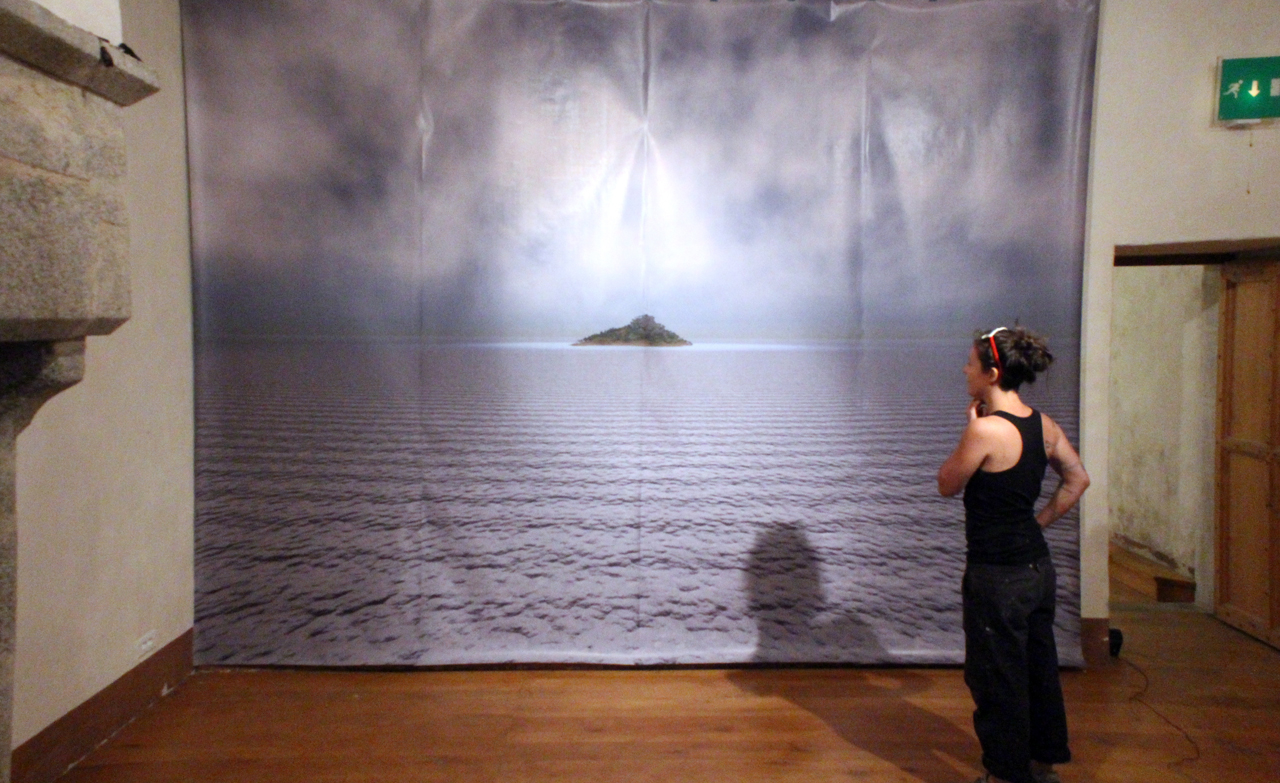 The Island comes from 3D modeling and texturing work. It speaks about digital aspect,  changing and fluid. The sea and the clouds remind us a constant move and the ambivalent nature of  the island.

The english pronunciation of this word, « I land » should give us the meaning of introspection place or territory,  but to understand  what island is we have to stop thinking about the merged land and focus on bodies of water.

This island, with its virtual origine deals with isolation, but this empty and closed microcosm might be the place for a new start.

“The island is what the sea surrounds and what we travel around. It is like an egg. An egg of the sea, it is round. It is as though the island had
pushed its desert outside. What is deserted is the ocean around it. It is by virtue of circumstance, for other reasons than the principle on which the island
depends, that ships pass in the distance and never come ashore. The island is deserted more than it is a desert. So much so, that in itself the island may con-
tain the liveliest of rivers, the most agile fauna, the brightest flora, the most amazing nourishment, the hardiest of savages, and the castaway as its most pre-
cious fruit, it may even contain, however momentarily, the ship that comes to take him away. For all that, it is not any less a deserted island.”