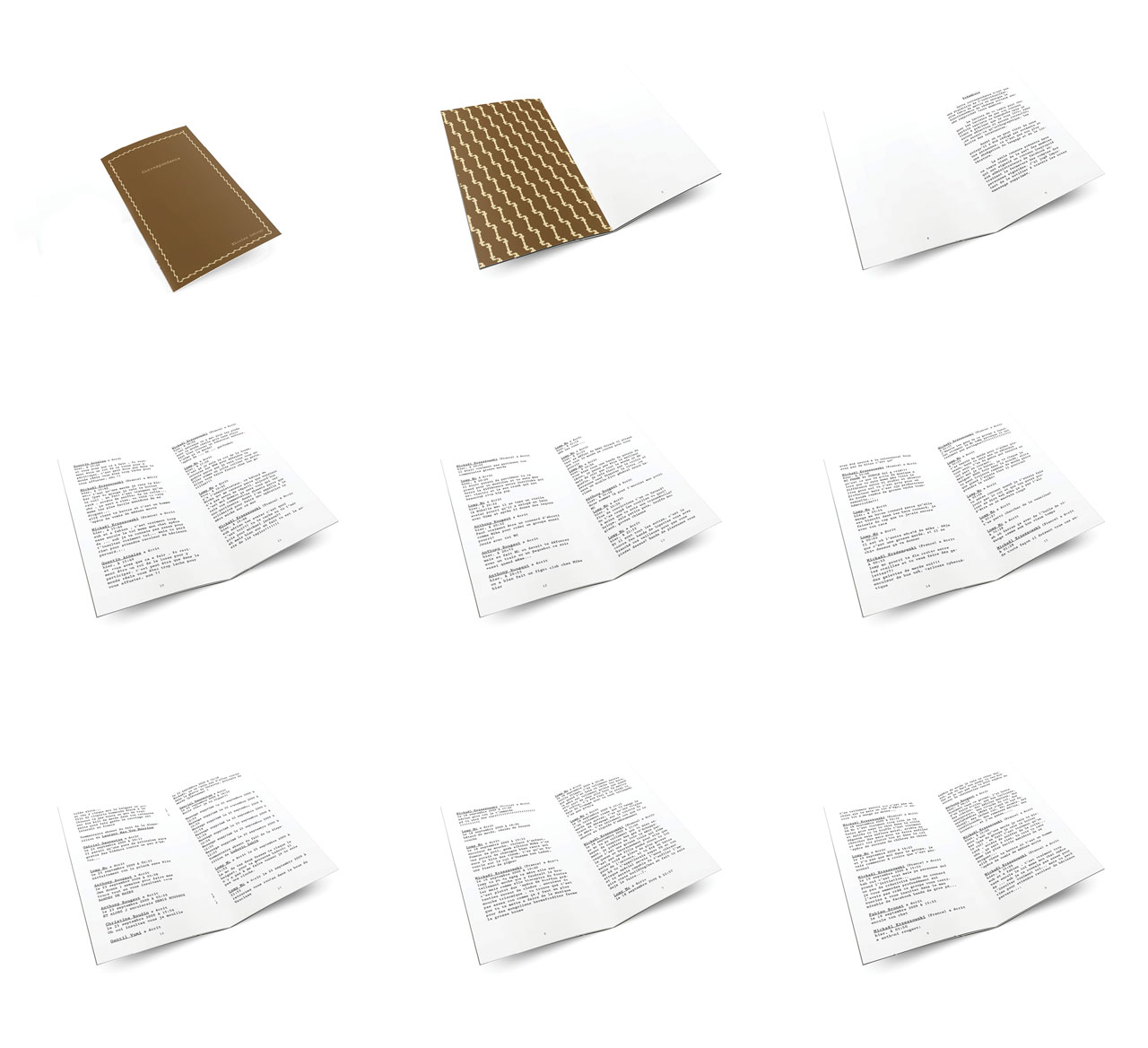 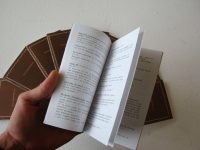 This edition is the result of a work process specific to Generative Art.
Generative art is a generally digital artistic creation based on algorithms to conceive works that generate themselves and/or are not determined in advance. The representation is built according to the intervention of a chance (mathematical probabilities, randomness of the game, conditions determined by human or natural activities…) or of the action of the spectators. The experimentation in a generative work is similar to that which could make a scientist: it is a question of fixing a framework, a protocol in which an external element is going to intervene, is going to determine the representation at the artist’s or the result – positive or negative – of the experiment at the scientist.

The starting point or protocol of this project is the creation of a discussion group on a social network, Facebook, a group of sixty and a member is constituted, these people coming from different horizons are invited to apprehend each other through the insult. The result of these exchanges is published in this work without any form of censorship or correction.

It is thus a question of creating asociability on a support which promises us the opposite, how a Net surfer, accustomed to exchange in a consensual way or to write in a way to allure the greatest number of reader, will adopt this aggressive posture?

The result is that in the majority of cases, Internet users use the geographical affiliation of their protagonists’ surnames to attack them on their origins. The posture of the artist is cynical, the algorithm supposed to find profiles of users having affinities with mine is used to constitute a macro-population of malicious people. A tool that carries a modern vision of a network, making ideas circulate faster, allowing to meet interesting people sees its function reversed: creating vacuity and animosity.

The constitution of this collection was made difficult by the fact that the authority of Facebook, through its administrators, has deleted a number of comments and user profiles, this action is visible in Correspondence through the mention “deleted message”.