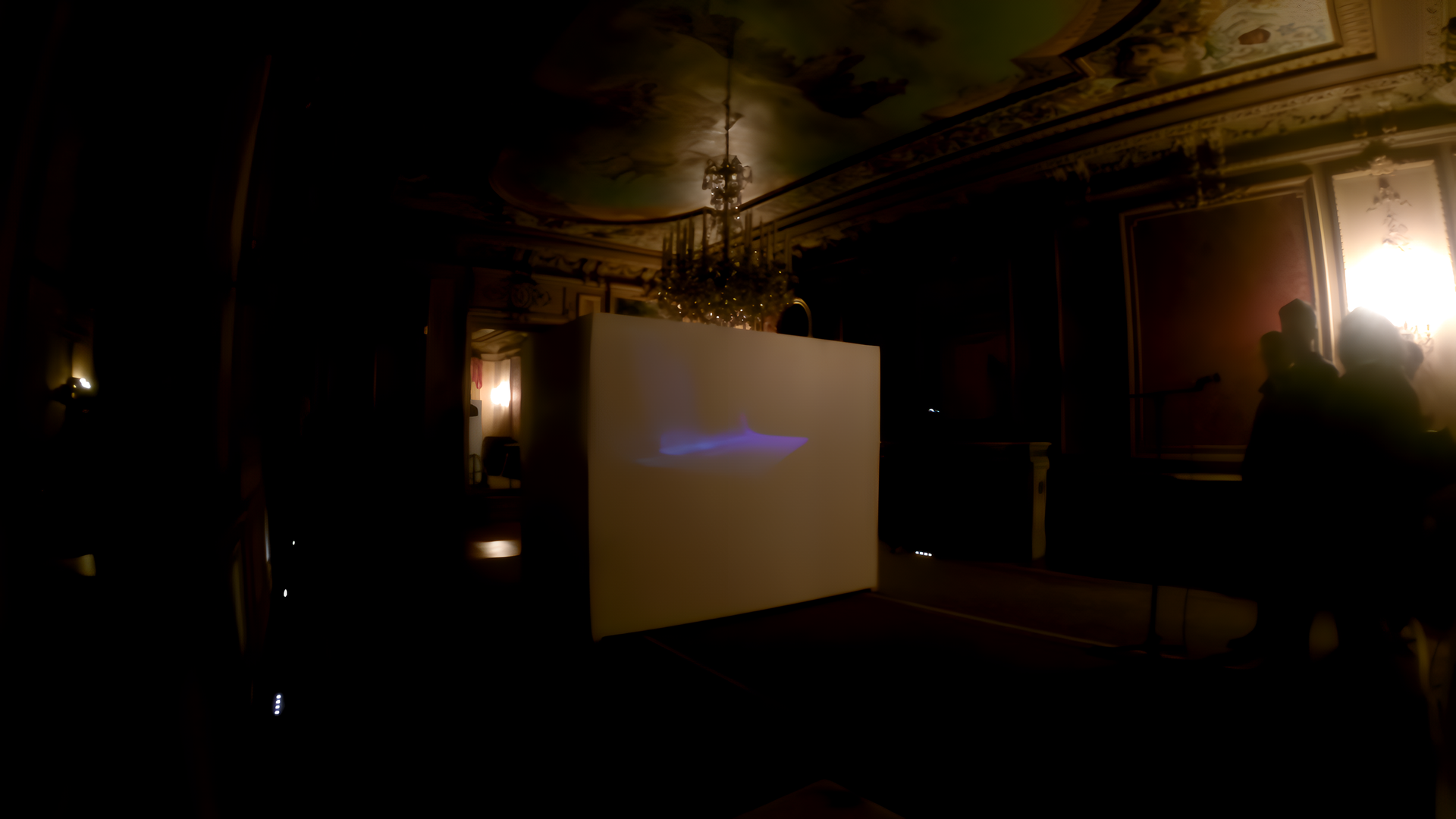 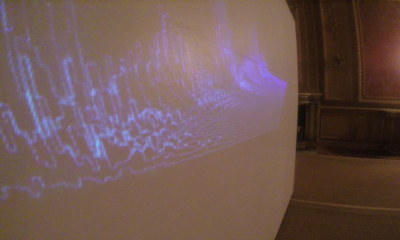 This program renders ambient sounds in a visual way. It projects the sounds as a spectrum of frequencies, creating a three-dimensional landscape. This landscape is made up of planes: the most distant curves are the most recent and the closest are the oldest. Thus, at one point in the projection, Reverberation stages different temporal layers of sound. These temporal layers advance quite rapidly and finally leave the field.

The installation broadcasts randomly chosen recordings, creating a shift with the process of real-time capture. These soundtracks, in which artists and physicists intervene, have inspired me throughout the creation of this piece. To this group of recordings another one is added: samples and loops of orchestral or digital music which come to give rhythm to the interventions of the first group of recordings.

It is a question of placing the spectator in a double temporality, its sound acts are retransmitted to him in the present and in the past through the various strata which form the video-projected landscape.

Before a sound is emitted by the spectator, during the tiny lapse of time in which the injunction of the conscience runs through our nerves, we can see this event as belonging to the future.