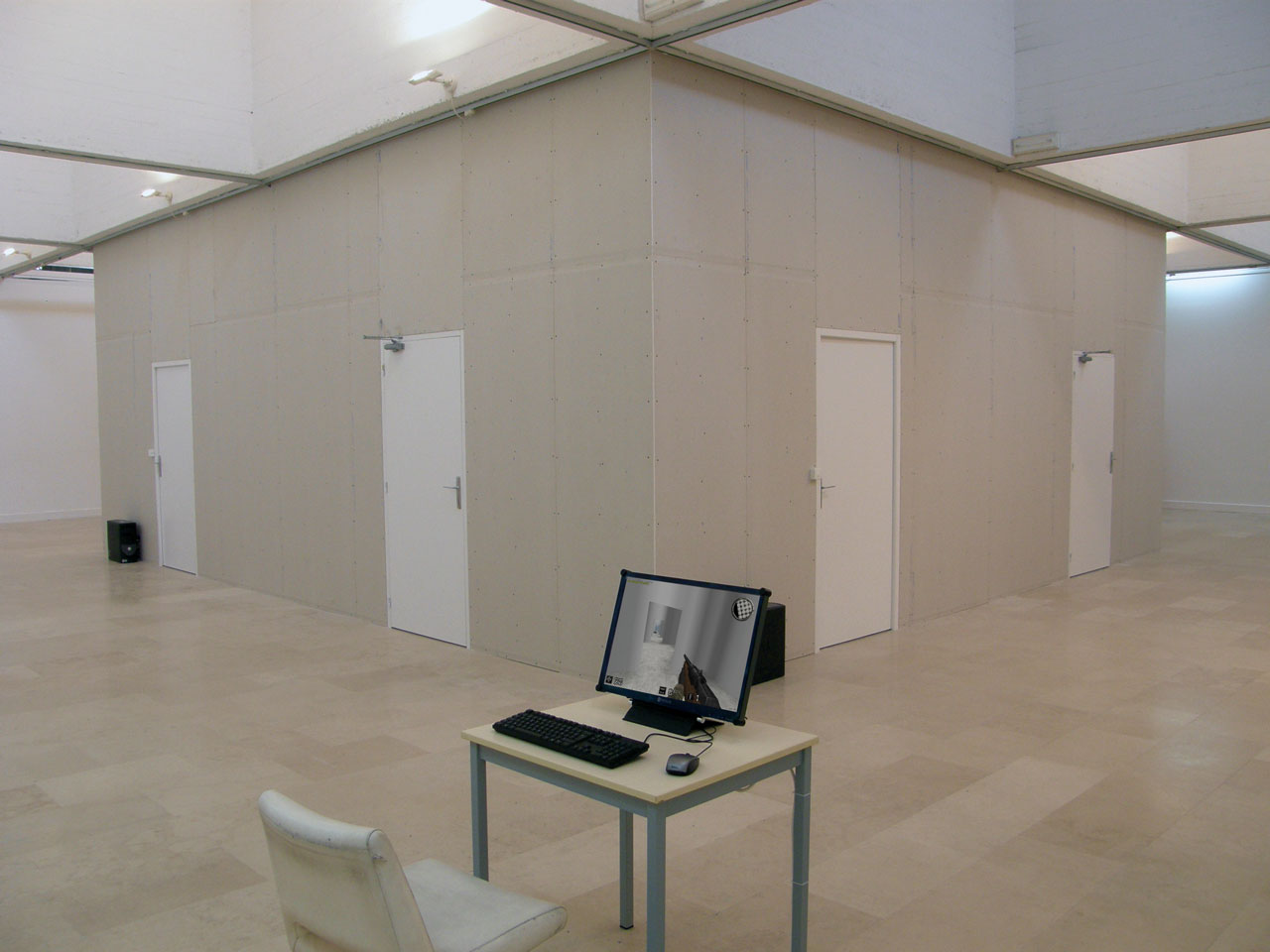 62.161.153.125 confronts two spaces, the local and the global through the public of the exhibition and the player / internet user who experiments the game card from his personal computer. This installation is the result of a work within the research group, Nexus, directed by Laetitia Delafontaine, Gregory Niel, Gianni Gastaldi and Patrice Maniglier. This group had as object of study the film Elephant by Gus Van Sant through the notion of global and local. I proposed to create a FPS (First Person Shooter) type game server that takes up the characteristics of the exhibition gallery.

Thus, one could apprehend this game both in its local form (since four game stations were placed in the gallery) and also through a global access via the game server. It is the IP address of this server that gave the name of this interactive installation, 62.161.153.125.

This installation puts in scene a dematerialization of the object or the place of art, this network device does not produce a disappearance of this object, but on the contrary, it confers him a ubiquity. Certainly, the work becomes in some way impalpable, because the visitor has recourse to an interface to experiment it, but it becomes rather problematic to locate it. Is it in the interface, in the game station that the spectator manipulates? Yes, but not only, it also resides in this server, hidden from the public, but present in the art center, which centralizes and propagates the game information. By extension, the work is also located in all the connections that transmit the information to the players and also in the material that the remote Internet user uses to play.