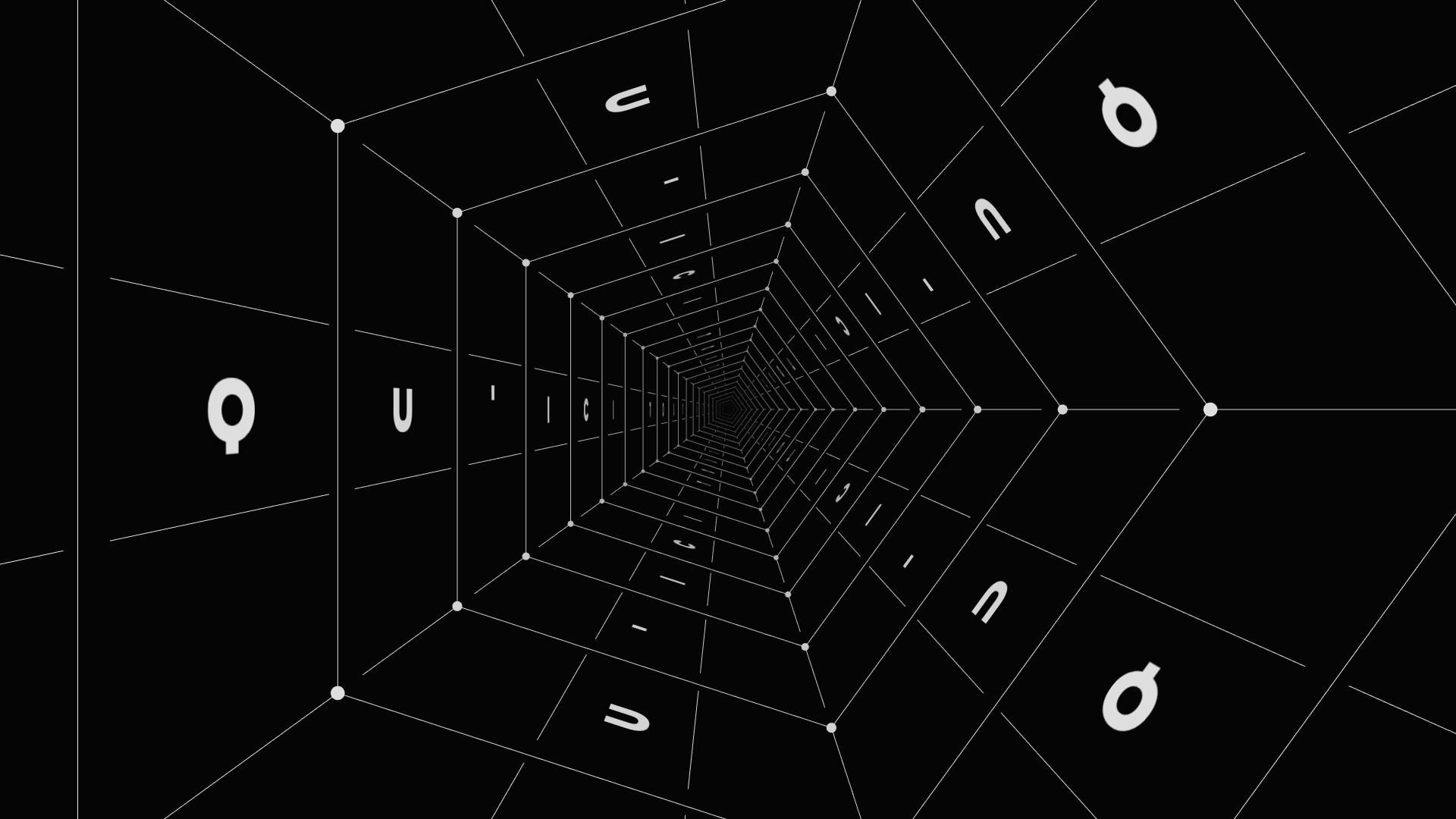 This program leads to an incessant fall across a corridor. The movement in this geometric, minimal and linear space is punctuated by a sentence that gives the title to this piece, So far so good. This tirade by Hubert (Hubert Koundé) from the film La Haine (Mathieu Kassovitz, 1995) is projected endlessly in this tunnel. The observation could be that of the program checking that the construction sinking along the bends is coherent. However, if we base ourselves on the film from which this sentence is taken, we realize that it is not in fact an observation.

It is a way to relieve the stress of an extreme condition, to close your eyes to an imminent danger. Nevertheless, this sentence evokes a particular situation in Hubert’s mouth, that of the future of a suburbanite similar to a Greek tragedy where the characters do not seem to be in control of their destiny and inexorably run to their doom. This sentence returns at the very end of the film no longer as a metaphor because the subject described is no longer a man but a society.

In this program, the story seems fixed before its end, the observation is repeated but the fall never occurs.