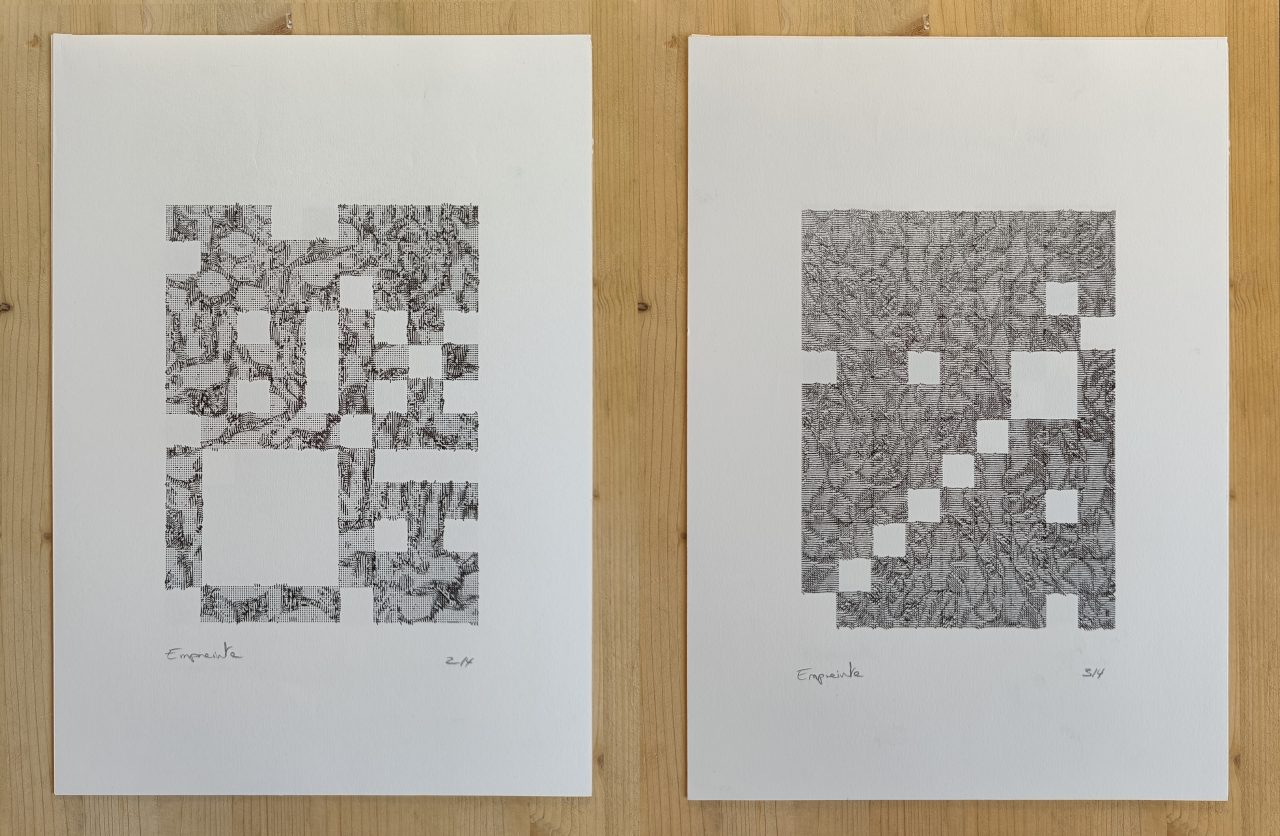 These four shapes, which can be compared to pictograms or QR codes, are constructed in two stages. A grid with a pattern of different sizes will compose solids and hollows, then this structure will serve as a support to place points that will grow by forming lines. This phenomenon of growth imitates organic forms that respond or oppose the regularity of the grid. There is an ambiguity between these two motifs, we do not distinguish if they are superimposed or if they form a single element.

This grid is it fragmented or then absorbed or composed by organisms?

We find a dualism between the common and the singular of a generative work in series and a form which resembles a sign: letter, figure or pictogram, altered by a process which imitates nature. Imprint speaks to us of these tiny interstices where otherness develops.

It is possible to create new variation by experimenting the program at nclslbrn.github.io