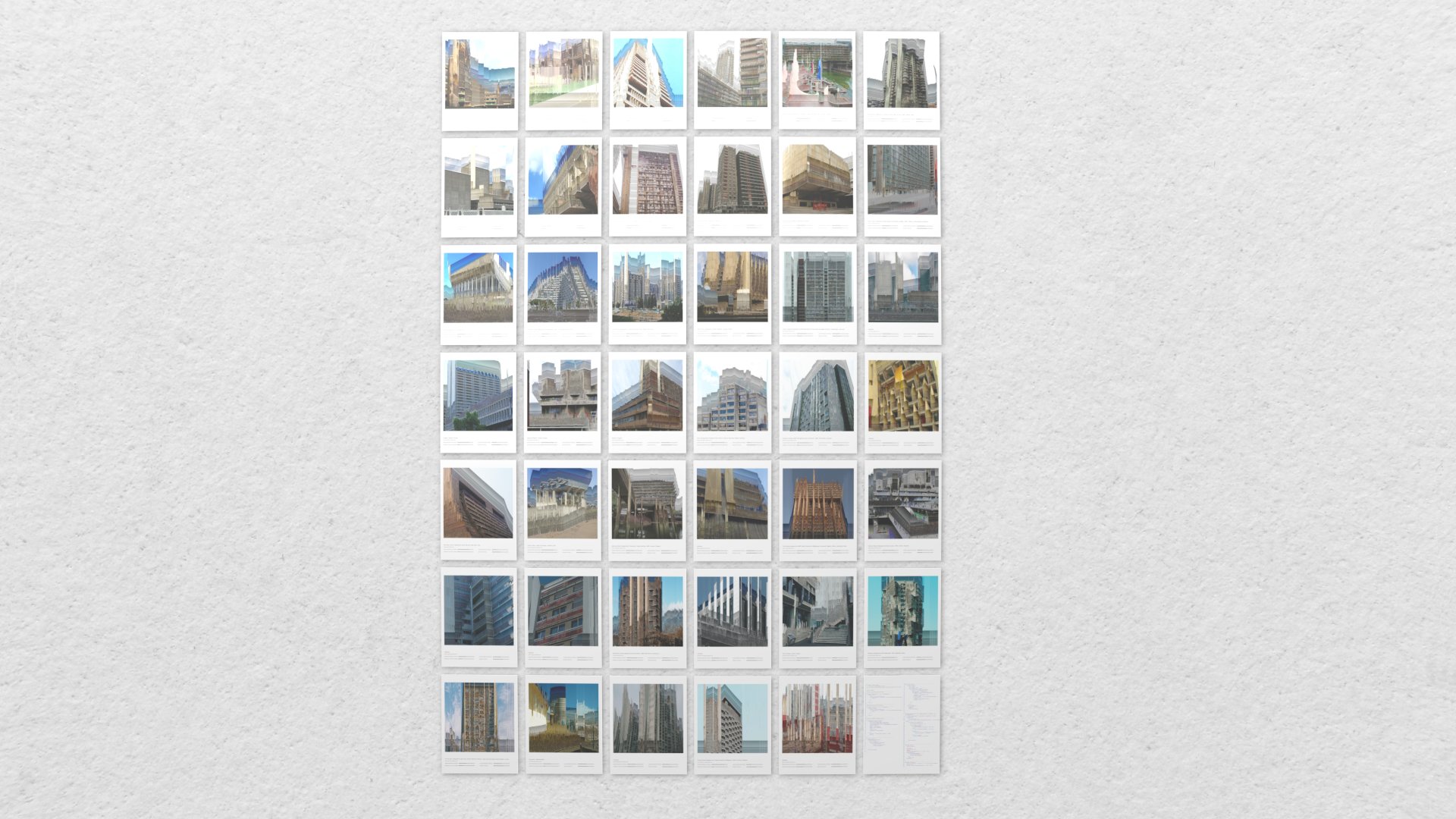 This project brings together an open archive accessible from any location and the utopias of the modernists (50-70s). It began with the creation of a catalogue of images describing brutalist architecture. These royalty-free photographs1 were indexed in a file2 which contained several pieces of information relating to the shooting (the author, the place, the name of the image file) and the different contrasts in the files.

It is therefore an inventory created in a few days from two online platforms (FlickR and 500px) according to mainly graphic criteria and describing thirty-six buildings in sixteen countries3.
The use of this corpus of images in an artistic project will give rise to two observations, the creation requires other creations, i.e. the medium used, the raw material comes from a previous artistic act. The second consequence is the disintegration of the concept of the author (previously dealt with in Random(), 2013).

There is therefore a database that allows access to images that also evoke a grid structure and which in their digital natures read like tables where the colours of each pixel are arranged (the number of pixels per line will be defined by the width of the image and the number of lines by its height).

These images have been interpreted by a program that will create friction and break between light and dark pixels. It is a way of confronting the different perceptions that one may have had of this architectural style over time; between the utopian and modernist aspect of providing housing for all and the effect of exclusion of a social class and category of the population. These altered images are meant to be ambivalent, as they also deal with the survival of the modern spirit in the open-source movement.